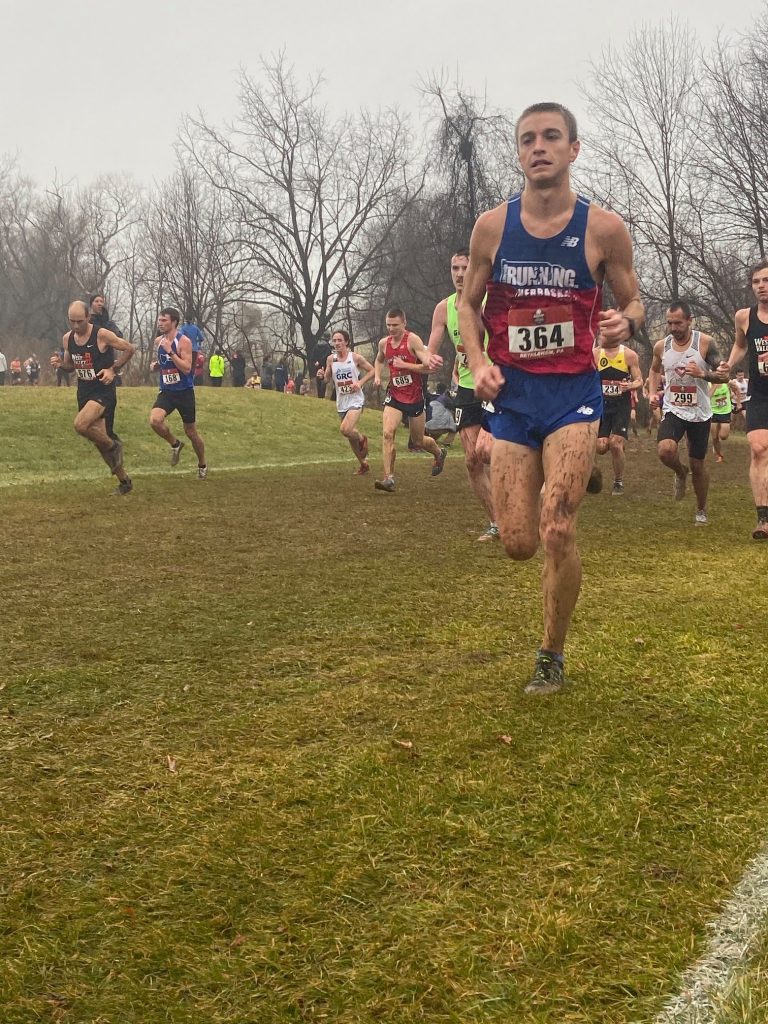 “Boys, I don’t know if you just heard, but we’re apart of f*cking history today!” That’s what I told my LRCN brothers in our prerace huddle. I couldn’t help myself. Hearing that USATF official announce those words mere minutes before the sound of the gun had my blood pumping. I’m still not even sure what the final count was, but looking at results, well over 600 men toed that soggy white line on the Lehigh University campus at 2:00 p.m. on December 14th, 2019. It’s tough to put into words what that anticipation felt like hearing that gun starter blow his whistle and raise his flag.

Easily one of my favorite moments of the year is that last stride out from the starting line, exchanging high fives with my teammates, while we circle around, arms resting on each other’s shoulders. Our minds were racing with anticipation for what our bodies were about to endure. With well over a day of on and off precipitation, that course would succumb to mother nature’s wet wrath. A few of the women found us before the start of our race, as we slid on our spikes, and shed our warmups. I vividly remember Mary Noel stating how muddy it actually was. Obviously, we knew it would be muddy. However, hearing about mud and actually suffering through it for over 30 minutes are two different animals. Trust me when I say that you can only prepare so much mentally for a course like that, in those conditions. What you can do, though, is accept the reality for what it is, lock your eyes on the ground ahead of you and make it hurt for something bigger than yourself.

There may not be many things more frustrating to a runner than not having quality footing, especially a race. So goes the sport of cross country. Cross country does not give a rat’s ass about your feelings, training plan, time goal, or crisp, clean uniform. I would venture to say most of the people who ran Saturday tossed the concept of time out the window and focused solely on being the toughest version of themselves. Not to mention the focus of not eating it on every turn greater than a 25-degree angle. This race took strategy in the sense that you had to think ahead about the turns that were coming. “Which side of the course do I stick to? Ok, muddy downhill coming. Stay light on the feet. Try and find what’s green and run on that.” As sloppy as the course was, quite possibly the largest pit of brown hell was right after the finish line. All I remember from crossing that line was hearing the race volunteers yelling, “Don’t stop in the mud! Keep moving guys!” I trudged over to the right, close to one of the medical tents, turned around, and looked for my brothers in the red and blue jerseys. Going against the grain, I stepped back towards the finish line, through the wave of human beings coming at me, to greet the boys and share a moment of, “Holy shit, we really just did that!” that we’ll never forget. Never until the day I die. The times, places, and results matter to us. The experiences though, man. Those we forever cherish.

I’d be a fool not to mention how electric the dance floor was later that night. Of course, after we had cleaned up, threw on some holiday sweaters, and consumed a few adult beverages. That’s LRCN. Fun on and off the course.

← USATF Club Cross 2019- Worth the TripThe Nature of Things →