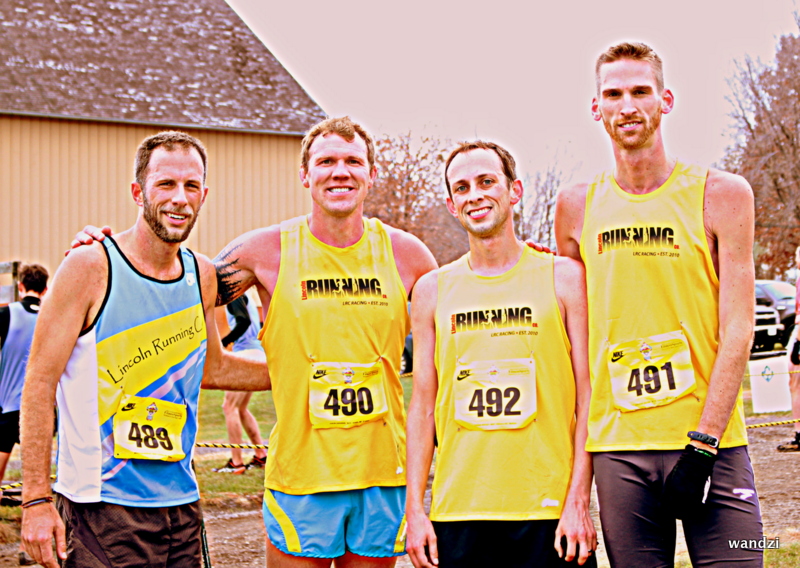 I have a confession to make. I am a cross country runner stuck in a track runner's body. I love the team aspect of cross country, I love the fall running, and I love throwing on a pair of spikes. Unfortunately for me, though, track and the speed that comes along with it has always come easier for me. I am less of a grinder and more of a finesse runner (if that makes any sense). Just ask any of the guys who have had to watch me embarrass myself at Living History Farms in November.

With the Nebraska State XC Meet taking place in Kearney this Friday, it has me thinking back on my own experiences at the Kearney Country Club. Honestly, most of them are bad ones.  My first introduction to State XC was in 2002, which only a handful of you might remember as the last time it snowed the day of the championship meet. They ended up having to move back the times of the races as they took a plough to clear the course.

As a sophomore, I barely qualified for the state meet by finishing 11th in my Class C district. To show my age, this was the first year they took the top 15 finishers at districts rather than the top 10. I was the only qualifier from my high school team, and I had no clue what to expect. I remember very little about that race (in fact, my memory has always been very fuzzy on what the course looks like from miles 1-2), but I know that I took a spill going around a green on the back half of the course. I ended up finishing 43rd in a time of 18:58.12. Definitely nothing to brag about, but something I could build on.

Then my junior year, I was able to put together a strong summer base and fall racing campaign to finish 2nd at both my conference and district meets. I ended up finishing 5th in an improved time of 17:17.39. The finishing home stretch was the most memorable part of the race for me as I remember a sprint finish where I edged out the other guy by 0.01 seconds at the tape. For both those years I was the only athlete from my school competing.

Before entering my senior year, I remember my coach asking me what my goals were for that XC season. As the third non-senior at the 2003 meet, I thought being a state champion (even at the Class C level) just made sense, and I trained that summer with that goal at the front of my mind. I felt like I had a strong fall racing season, and 2004 was the first year where our boy's team qualified for the state meet, and it was a totally different (and more fun) dynamic than going alone.

I remember that final state cross country meet in 2004, primarily because it was one of the worst races I ever had. I was competitive through the mile, but completely lost focus (and ground) over the second mile. Whether it was physical or mental, I choked and struggled to a 9th place finish in 17:46.10. It was frustrating because the guy who ended up winning I had beaten several times throughout the year by a considerable margin. Disappointment is probably not a strong enough word, however, it motivated me through the following track season and into my collegiate running career.

The point is that each and every state cross country meet is an experience, good or bad, but memorable none-the-less. Good luck to all the competitors at this year's championship event!