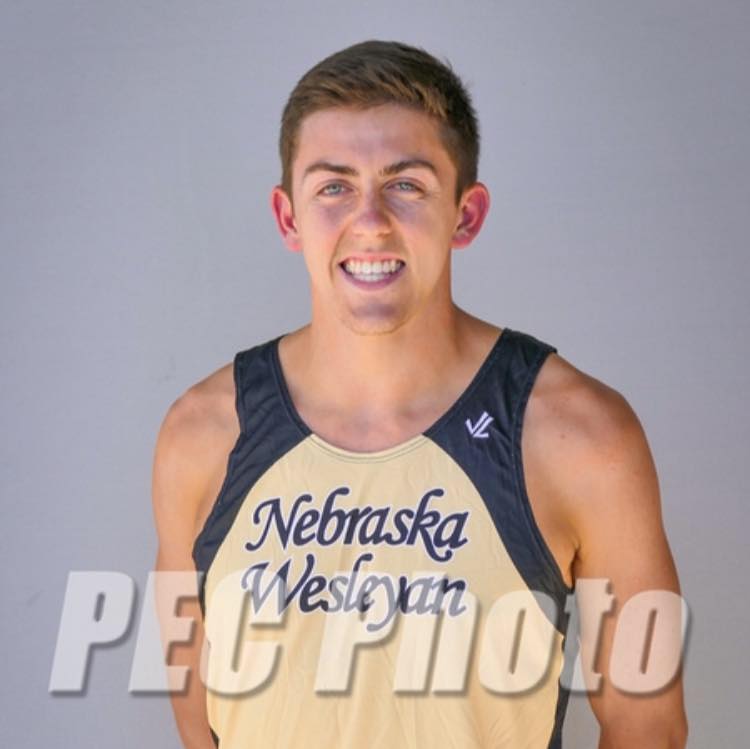 Where do you currently live?: Lincoln, NE

Occupation/Degree you are working towards: I am currently interning at the Lincoln Convention and Visitors Bureau working on their sports marketing and sales development, and when that ends in August I will hopefully have another job lined up. I am also returning to Wesleyan in the fall to be an assistant coach for cross country and track so that is something I am really looking forward to.

How long have you been and LRC-Nebraska member?: About a month, I’m fresh off the streets.

How long have you been running competitively?: Accidentally started distance running my sophomore year of high school when I decided on a whim to go out for track. Originally I had it in my head that I would do the 400 because my naïve self thought, “1 lap can’t be that hard” but then didn’t know anyone in the 400 group and all my friends were in the distance group. So I did what any high schooler would do and stuck with the people I knew, went with the distance crew and the rest is history I guess.

What excites you most about being an LRCN athlete?: There is nothing like training with other people that have similar goals and passion for what you are doing and I can tell there are a lot of really passionate people on this team, both about running and life in general. That’s something I am excited to be a part of, plus there was a certain swagger the LRCN guys had when they walked up as a squad to the line for the Havelock 10k and I too hope to have that swag.

What does a typical training week look like for you?  Walk us through your daily routine (training related and otherwise): Usually an easy run or two to start out the week and gear up for the workout(s) I have lined up. Workouts are usually something VO2 Max, tempo or hills, or all three combined if I am feeling really dangerous. Saturdays are for the long run so that’s a must, recovery on Sunday, and I usually try to lift and do core four times a week. Outside of running I work front desk at YMCA so I get there at 4:30 am a few days a week and then go to my internship all day after that.

We all approach training and racing differently, so tell us what your short-term and long-term goals are with running: Still being relatively new to running I don’t think I have tested my limits much so I am excited to do that this summer as I transition into longer races like half marathons and marathons. Long term I really want to do some of the big marathons in the US like Boston, New York and Chicago.

Where are your 3 favorite places to do long runs at the moment?:

After a solid race or long run, what is your favorite meal to demolish and replenish those calories?  Please use details and give recommendations!: If I am going out to eat, Engine House Café in Havelock is a Wesleyan staple. Been there many a time after long runs and races. If I am cooking for myself, scrambled eggs with spinach, green peppers and avocado with peanut butter banana toast is my go to.

Share a crazy training or racing story, or simply an interesting moment in time: The absolute craziest race of my life was nationals cross country last year. I was fortunate enough to grab the last individual qualifying spot from our region by half a second, and had another teammate qualify as well. The nationals course in Winneconne (Oshkosh), WI had obviously been well used that year and was completely torn up and so dang muddy. We weren’t even allowed to run the course in the days leading up to it. The gun went off and my teammate Andy slipped and fell in his first step, causing me to panic cause I knew he was supposed to be an All-American. That put me behind the pack a bit and as we went over the first dip in the course, a bunch of people slipped and fell right in front of me. I didn’t want to step on anyone so I tried to jump over the mass of people, and one of the guys’ legs kicked up and caught me causing me to fall. That was when I heard the double shot of the gun and we restarted the whole race. I got up, super muddy, number halfway ripped off, and blood gushing down my right leg as I had two massive gashes from the spike catching my leg. Luckily the adrenaline kept me from feeling it until the race was over, it was absolutely crazy. Andy ended up getting 19th so it worked out. Should I have gotten stitches? Most definitely, but I didn’t. He left with an All-American medal and I left with two massive scars on my leg, so you can decide who the real winner of that day was.

What book are you currently reading or TV show are you binge watching?: Currently preparing to watch all of Stranger Things season 3 when it comes out.

You’re the star of a running movie, and the opening scene is you running on a winding dirt road, with a beautiful sunrise.  What song is playing in the background?: We Own It by 2 Chainz and Wiz Khalifa