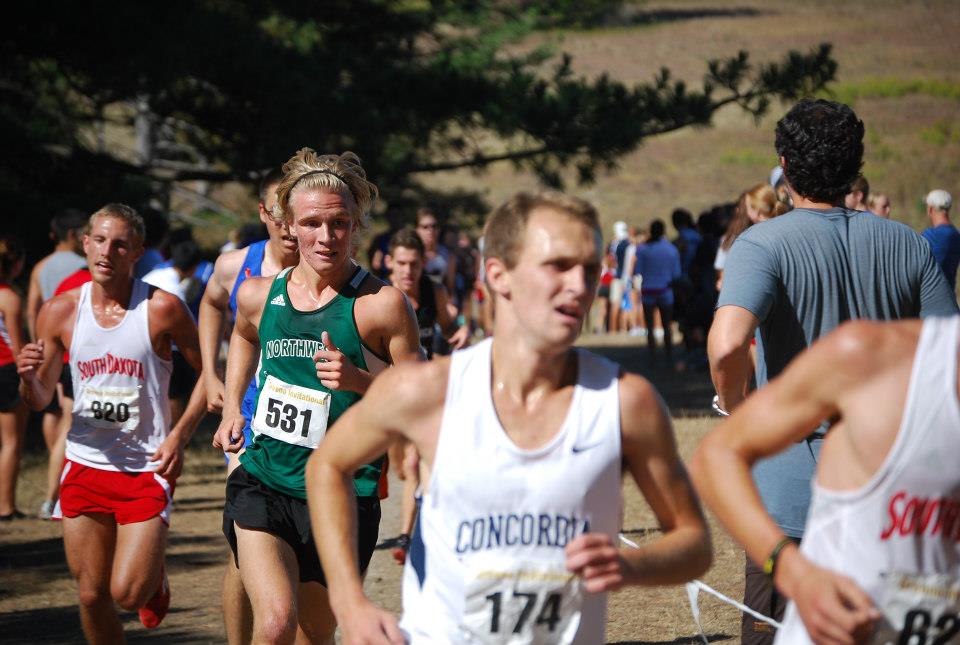 1) When you hear the words cross country, what feelings and emotions come to mind? It brings back memories of the best years of my life. Miles and miles of hard work all in the name of the team. Those memories become infinitely more special now that I’m no longer able to run.

2) In your career, which courses did you find to be the most difficult? On the other hand, which courses stand out as your favorites? The home course at NW (the one we had conference on in 2012) was a bitch and a half but I loved it. I did not like Rolla’s course and Griak was tough for me. Hays was a great course to run fast on.

3) Which cross country races stand out to you the most in regards to overall experience? Regionals my freshman year in Wichita Falls was the first time I genuinely f*cked up a race in college. I was sick as a dog and I ran like garbage. Conference 2012 was an awesome race, really fun course that weeded out the feint of heart. I always looked forward to dropping fast times at Hays. I also enjoyed the swim meet at Chile Pepper. (Drew is referring to Chile Pepper 2013 when it rained furiously the night before the race and the course was like a river in some parts)

4) What would your ideal cross country course look like? What would you prefer the weather be like on that day? I would construct a hilly course that is broken up by long flats; essentially a combo between the 2012 home course and Hays. Big, manly hills really separate the men from the boys. I wouldn’t make it all that winding, I don’t care for sharp turns. 60 degrees and sunny.

5) Obviously cross country is an immensely individual sport; however, the team component is even more important. Discuss any of your favorite team experiences you have been a part of. My high school team was a great group of guys and we consistently placed top 3 at state because everybody was running for their teammates, not themselves. The NW team was that same way times 1000. It’s easy to lay it all out for your brothers because you know they’re doing the same thing for you. Best group of guys I could’ve ever asked for.

6) Do or did you have any pre-race rituals when it came to cross country? What was being said in those pre-race team huddles?
I yelled loudly and cussed a lot. I’m good at those things.

7) If you were to speak to a high school cross country team, what would be your points of emphasis for those kids? Mental toughness is the single most important factor for a distance runner, and for that matter, for any athlete. Everything is built on top of mental toughness. Your attitude decides your outcome. There is a very simple difference between those that win and those that do not: those that win have decided that the pain they experience is very temporary and does not trump their desire to win. Anybody can get out and train, but going through the motions will land you squarely in the mediocre category. You never waste workouts and keep your eye on the fact that every move you make is part of the bigger picture of becoming the best you can be.

8) Last but not least, Port-o-potty or just go in the
woods? Go in the woods. Learn what poison ivy looks like. Real estate flyers make great TP. At least in the woods you’ve got a better chance that a fat guy didn’t just blow it up before you because he treated himself to the extra-large order of chili fries.